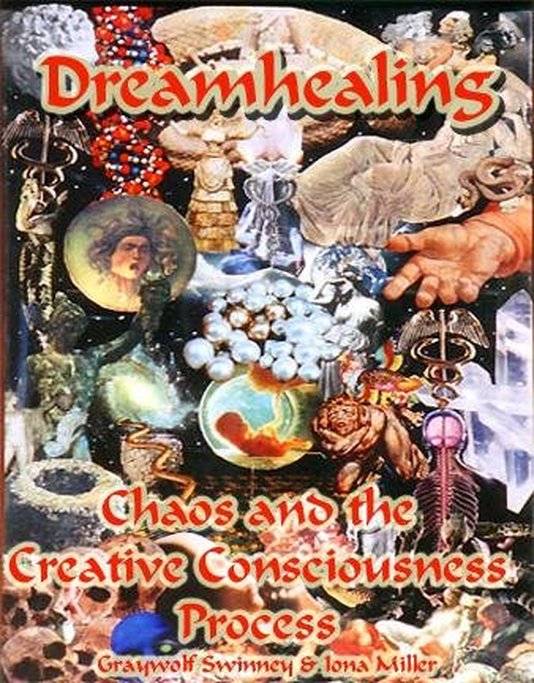 Interpretive theories of dreams are called 'Dream Work.' But often they don't 'work,' because interpretive glosses of symbols don't get to the heart of the matter and actually stop the process. That is why it is 'work,' not 'healing.' Symbols are portals to deeper dimensions and do not require outside interpretation but call for deepening. Ancient Asklepian dreamhealing was non-interpretive and led to emergent healing that activates the spontaneous healing of placebo effect through dream journeys. Dreamhealing uses images as portals for consciousness journeys to facilitate transformations ranging from mood alteration to profound physiological changes.  Imagery (virtual experience) affects the immune system, activating psychosomatic forces, such as the placebo effect.  Chaos-oriented consciousness journeys suggest these states reflect dynamical aspects suggested by chaos theory.  More than an experiential process, this is a philosophy of treatment--"Chaosophy."
DREAMHEALING Book -
http://dreamhealing.iwarp.com/ 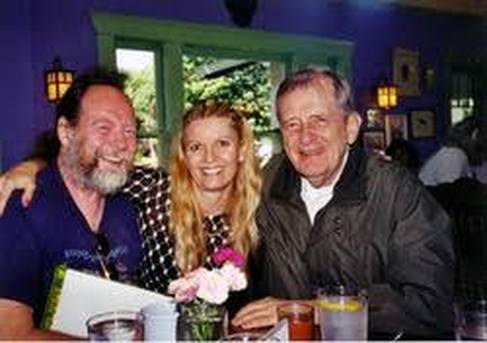 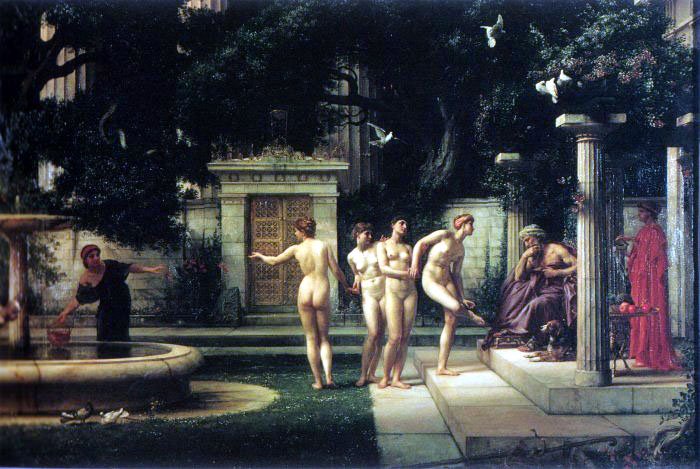 Stanley Krippner, PhD In 1971, Fred Swinney was told by his physician that he had, at most, three years to live. He suffered from hypertension, heart disease, ulcers, and hypoglycemia. Seeing a connection between his weakened physical condition and his job pressures as an engineer, Swinney entered psychotherapy. This experience not only alleviated his physical problems, but prompted him to enter a training program in Transactional Analysis. Swinney received his license in Transactional Analysis in 1975 and began seeing clients.

In 1976, Swinney was travelling by canoe to James Bay in the northern Ontario wilderness. One night, he feel asleep before the smoldering fire and had a dream in which animal predators emerged from the woods, tore him apart, and devoured him. Waking in terror, Swinney opened his eyes and stared at the coals. Just beyond, he could discern two yellow-green eyes and the shadowy form of a wolf. Much to his surprise, Swinney experienced total surrender instead of fear, he stared at the wolf, the wolf appeared to stare back, and Swinney felt a oneness with all that surrounded him.

Eventually the wolf slipped back into the forest, but Swinney still felt its presence in his mind and body. He realized that in some strange way he had become a wolf. Having been devoured in his dream, he had been reborn a wolf upon awakening. A few weeks later, Swinney left the wilderness and returned to his family and clients. He attempted to forget the episode since it had been remarkably different than anything he had previously experienced. Swinney completed his Master's degree in 1980 and avoided any activity that would again evoke his wolflike nature. 2 Five years after, during a group therapy session held while fire was flickering in Swinney's fireplace, one of his clients expressed extreme anger.

Suddenly, Swinney had a mental image of Libra, the Greek goddess of justice, holding her balanced scales. He asked his client if she could relate to this image. The woman erupted with emotion, telling the group how, during her childhood, her mother had tried to treat her and her sister equally. When the client did not experience this fairness in later life, it upset her and she could not cope with other people very well. Upon working through her memories of her early experiences and subsequent expectations, the client was able to accept the inequities in her relationships. Eventually, she was able to terminate therapy.

Swinney realized that his evocation of the image resembled his experience with the wolf. Similar episodes occurred. Invariably, Swinney's images, hunches, and insights were of great value to his clients. Swinney realized that the wolf had returned and had demonstrated the way in which it could be of assistance, even in civilization. Swinney resolved to learn more about wolves and was surprised to read that in all probability the wolf he had seen in Canada would not have attacked him as he slept before his fire. Two friends gave him books about wolves even though they knew nothing about his resolution or his experience in the forest. Swinney's readings also yielded information about shamans and how they frequently dream about being devoured and reborn during their initiation and training.

Swinney also learned that shamans were the world's first psychotherapists. Shamans often claim to have animal "guides" that assist their work with clients, and often report feelings of unity with their surroundings. After five years of running away from his inner wolf, Swinney again surrendered, just as he had that night in the woods before the coals of his campfire. He took the name "Graywolf" and introduced elements from shamanism into his work as a psychotherapist.

Graywolf used rituals and ceremonies with his clients, both in individual and group sessions. He looked for mythic themes, animal "guides," and spiritual symbols in his clients' dreams. He made use of guided imagery sessions and had clients carve, draw, mold, or paint those images that seemed to possess healing qualities. He encouraged body awareness through breathing exercises, dance, and movement.

Graywolf had shared these experiences with me when we first met. We saw each other again in 1984 at the annual meeting of the Association for Humanistic Psychology near Boston. I was scheduled to give a presentation on shmanism with a colleague who was flying in from out of town. My colleague's flight was delayed; thus I asked Graywolf to take his place.

Graywolf told his story to a group of several hundred people and led them in some breathing and imagery exercises that he had found useful with his clients. Graywolf s comments were very well received and he felt positive about sharing his private experiences with a large group of interested people.

Since that time, Graywolf has shared his experiences with thousands of individuals and dozens of groups. In addition, he has moved from Western psychotherapy to native shamanism to the dreamhealing tradition of ancient Greece and Rome. But this is hardly a step backwards, as he has combined this with chaos theory, arguably one of the most vital models of the upcoming 21st century. 3 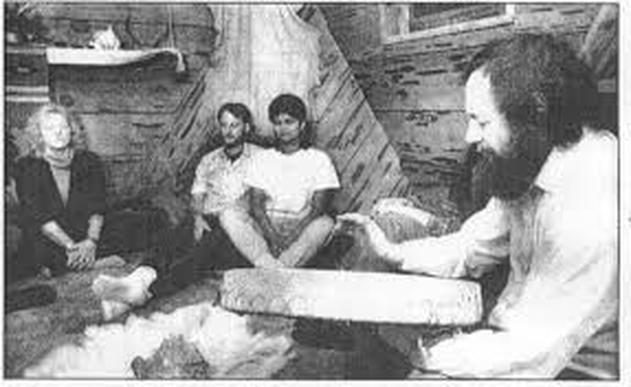 The field cannot well be seen from within the field. --Ralph Waldo Emerson

In my travels, presenting workshops on dreamhealing and creative healing, I have found that many professionals (psychotherapists, counselors, social workers, addiction counselors, etc.) and paraprofessionals (such as hypnotherapists) state that they came because they experienced limitation in the current forms of psychotherapy and counseling that are available. 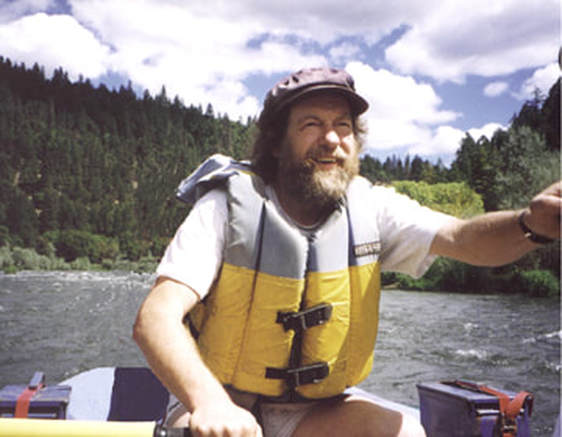 Taoism follows its principle of relativity to its logical limit, regarding life and death themselves as relative phases of the Tao's embracing continuum. This bears on our attitude towards our own mortality, and our ability to feel and express grief. We have all known those who have gone through life as the "living dead," just going through the motions of life, with little or no connection to their bodies or the greater whole. Also, our attitudes when confronted with catastrophic illness reflect our philosophy of life. The motto for the terminally ill has become the question, " Will you live your dying, or die your living." Living each day anew, as a unique experience, means living with a "beginner's mind."

Taoism is a way of PERCEIVING with a blank mind, which therefore knows nothing of limitation. There is a story of Chuang Tzu, the foremost popularizer of philosophical Taoism. (He is the one who dreamed he was a butterfly dreaming he was a man...) While strolling on a bridge with Hui Tzu, the Confusianist, he observed: "Look how the minnows dart hither and thither at will. Such is the pleasure fish enjoy." "You are not a fish," responded Hui Tzu. "How do you know what gives pleasure to fish?" "You are not I," said Chuang Tzu. "How do you know I do not know what gives pleasure to fish?" 21

The experience of finding an inner healing state is invaluable, as it teaches firsthand that the healer is within. The outer healers are only representations or mirrors of what is already inside. The healing process and myth are deeply engrained in our lives, as individuals and societies.

The poet William Blake wrote: "If the doors of perception were cleansed every thing would appear to man as it is, infinite." Such cleansing would not perhaps be desirable. Without the protection of the doors of perception — that is, without the self-controlled chaotic activity of the cortex, from which perceptions spring — people and animals would be overwhelmed by infinity. The lack of external driving means the activity is self-generated. Such self-organization is characteristic of chaotic systems.

VIOLET: Violet is associated with the crown center and pure information, true imagination, knowing, wisdom and understanding. It is the ground state of being, ultimate openness, the source of consciousness itself. It is non spatial and non temporal. When blocked, it is the fear of vulnerability or chaos. Flow here means nonlocality, emptiness, unconditional acceptance, connectivity, knowing, simultaneity of time, bliss, "withinness," immaterial consciousness, and even cosmic consciousness, transcendent consciousness, or illumination, (as a discrete experience, if not as a stabilized state).