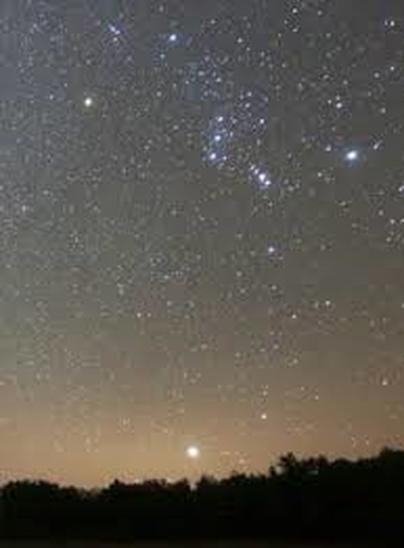 "CANCER 14°: A VERY OLD MAN FACING A VAST DARK SPACE TO THE NORTHEAST.
KEYNOTE: Fulfillment in transcending and changeless wisdom.

This symbol describes the Wise Old Man, an archetypal figure found in all systems of symbolism. In occult terminology the northeast is the direction from which spiritual-cosmic forces enter the Earth-sphere. This is probably because the polar axis of the Earth is inclined by some 23 degrees away from the exact perpendicular to the plane of its orbit. Thus the actual pole of our globe not only differs from the permanent pole of the Earth's orbit, but constantly changes its direction, successively pointing to several large 'circumpolar' stars during the so-called processional cycle (or 'tropical year', or Great Polar Cycle), which lasts somewhat less than 26,000 years. Because of this inclination of the polar axis, we have the phenomenon of seasonal change. Supposedly during the early Golden Age no such change occurred; a 'perpetual spring' reigned. This is the (traditionally) spiritual state. The Wise Old Man faces the Changeless Reality, the true North
—- which for us is located in a northeast direction. He faces the great Void, that apparent Darkness which is an intense Light invisible to our senses.

s this is a fourth stage symbol in the five-fold sequence, there is as usual a hint of technique. Implied is that by consistently and for a long time meditating on the changeless and spiritual reality at the very core of all experiences one can attain the supreme and age-old wisdom. We see in the symbol a way beyond appearances and toward PERMANENCE IN TRUTH."

That being so, then your Descendant, the "WHERE-TO" or as I sometimes prefer to say instead, the "WHOM-TO", is by the same master astrologer and authors' interpretation of the Sabian Symbols, represented by the 14th degree of Capricorn...
"CAPRICORN 14: AN ANCIENT BAS-RELIEF CARVED IN GRANITE REMAINS A WITNESS TO A LONG-FORGOTTEN CULTURE.
KEYNOTE: The will to unearth, in our culture as well as in any culture, what has permanent value, and to let go of nonessentials.

At a time when in nearly every land men are questioning and challenging the validity of traditional beliefs and customary attitudes, it becomes necessary to separate permanent values and great principles or symbols from the many individual habits and the socio-political developments which more often than not have perverted or even negated the original ideals of the culture. We must strive to free these ideals from the wild growth of personal and class selfishness, from the greed and ambition so prevalent in human nature, and learn to appreciate the excellence of what is the immortal seed-foundation, as well as the spiritual harvest, of any culture — and by extension of every sustained and complete work produced by a man's indomitable effort to achieve creative perfection.

In this fourth stage symbol we are shown the procedure which enables us to gain a deep and thorough appreciation of socio-cultural processes in their most enduring forms. What is needed is a penetrating and courageous insight founded upon a valid HISTORICAL PERSPECTIVE. This applies to the past of an individual's life as well as to the history of a nation or a group."